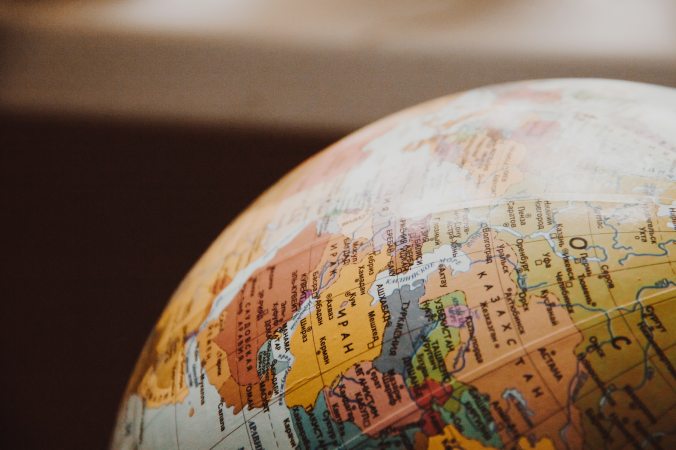 No one is too old or too young to be used by God! All He needs is a vessel that is willing to be used by Him. Every generation has a purpose . . . and that includes the believers of all ages!

The Bible is full of examples of people who accomplished things for God. In fact, they weren’t just young; they were challenged. From being the baby of the family to being an orphan, each person had their obstacles to overcome. Some whimpered like a coward when God told them what He wanted them to do. But God didn’t care about their weaknesses. All He saw was a vessel that could hold His power and do “great exploits” (Daniel 11:32).

Let’s look at a few of those examples:

DAVID: THE BABY OF THE FAMILY

David was the youngest of the family and did a job that most of us wouldn’t dream of doing: watching sheep. Yet, despite his brothers’ strength and knowledge, he was the one who was chosen to be king. In fact, God told Samuel, “Do not look at his appearance or at his physical stature, because I have refused him [the other brother]. For the Lord does not see as man sees; for man looks at the outward appearance, but the Lord looks at the heart.” (verse 7)

What looked impressive to man didn’t look impressive to God. Obviously there was something missing in the elder brothers’ hearts, for Samuel was told to move on each time they appeared. But David, while tending sheep faithfully and writing songs for God, gained favor because he was a man “after God’s own heart” (Acts 33:22).

If the God of the universe says that men should not despise your youth, then you shouldn’t despise your youth (2 Timothy 4:12). It’s an honor to be chosen by God despite your youth. He knows, because of your heart condition, that you are a candidate for greatness!

Suggested Reading: The Book of Esther

Esther didn’t have a choice but to surrender to the king’s demands. She was going to the palace for beauty treatments whether she liked it or not. On her way to the virgin chambers, she was given a strict instruction not to reveal her heritage. She wasn’t even supposed to use her real name. Her limitation? Her nationality.

This brave young woman was obedient to wisdom, and followed all her uncle’s instructions. As a result, she saved her people from being massacred. Had she been bound by the fear, however, things would have turned out quite differently. She would have never been bold enough to go before the king uncalled. She would have fled from the challenge of admitting her true lineage. She would have cowered when reporting an evil plot over what seemed a harmless dinner. The end would have been death for her and death for her countrymen.

“Fear not, for I am with you; be not dismayed, for I am your God. I will strengthen you, Yes, I will help you, I will uphold you with My righteous right hand.”  (Isaiah 41:10)

Your ethnic background or social status doesn’t hinder God. You may be the minority in the world’s eyes, but God still wants to use you. He may want to do things differently than you planned. He may ask you to do something that everyone else thinks is impossible. But if you’ll take the limits of yourself and off God, miracles will happen. He’ll override every law, every situation, in order to see you succeed!

GIDEON: THE RUNT OF THE BUNCH

Gideon’s hang up was his family position. His family was the weakest of their tribe. To make things worse, he was the most insignificant of his family. Yet the angel of God found him in hiding, smashing grapes with his feet, and declared him a man of valor!

Gideon obviously overcame His insecurity. He led Israel into victory over the Midianites … with the assistance of flaming torches! But had he gone in his own strength, he would have failed. He didn’t go alone, however, because the angel of the Lord gave him this promise: “Surely I will be with you, and you shall defeat the Midianites as one man.”

It doesn’t matter to God what kind of family you come from. We are all equal in His eyes, “accepted in the beloved” (Ephesians 1:6). His favor is the key. If you have God’s favor on your life, there’s nothing that can stop you from doing something great for Him!

Moses knew well the courts of the Pharaoh. He had grown up there as Pharaoh’s son, enjoying all the pleasures a king’s kid could imagine. But when the time came for him to lead his countrymen out of bondage, he trembled with fear. He couldn’t speak well! Stuttering and stammering was humiliating when standing before the pharaoh and his advisers. No one would listen to him!

God, of course, didn’t care about Moses’ speech impediment. Unlike Pharoah, eloquence wasn’t a qualification. In His mercy, God suggested taking his brother Aaron along for vocal support. It wasn’t, however, before God got angry at Moses. And why shouldn’t He? Moses had just ignored two miracles to prove God was able to make the Egyptians believe! Thankfully, Moses got his act together and made his way to the Egyptian border.

And He said to me, “My grace is sufficient for you, for My strength is made perfect in weakness.” Therefore most gladly I will rather boast in my infirmities, that the power of Christ may rest upon me.  (2 Corinthians 12:9)

God’s not interested in hearing about what you can’t do; He simply wants to know what you’re willing to give Him. His ability to use you totally depends on your availability. Any excuse you may give to state your inadequacy is feeble next to His power.  He’ll take what you have and use it for His glory if you’ll let Him!

RAHAB: THAT WOMAN WITH A BAD REPUTATION

Belonging to an idolatrous people, Rahab already had one strike against her. To add to the “inadequacy,” she was a prostitute. She held very little hope that the Israelites, much less God Himself, would show her favor. But did she let that move her? Not in the least.

God led the spies to Rahab’s house because He saw her faith in Him. Instead of turning them away out of fear or intimidation, she welcomed them in and even haggled for her family’s life: “You save me, I’ll save you.” Just as the spies promised, she and her house were saved when the walls fell. What followed was amazing. She rose from a world of harlotry and became the wife of one of the two spies, Salmon. She later became the mother of Boaz, who married Ruth. Ruth gave birth to Obed, father of Jesse, and grandfather of King David. From the line of King David Jesus, the Savior of the World, was born (Matthew 1:5-6). Her name is even mentioned in the Great Hall of Faith in Hebrews 11:30-31.

All things are possible when God’s transforming power is at work. Forgiveness is found when trust is put in the Blood of Jesus. Not one person is ruled out, no matter how tarnished their past. When the world sees ugly, God sees stunning. When man says failure, God says victor. When the devil cries guilty, God cries innocent. It’s the Blood of Jesus that God sees, a beautiful sign that declares our innocence so we can go and do!

Many other “unqualified” characters can be found in the Bible: Joseph, Mary, Sarah, Deborah, and Saul just to name a few. All had limitations according to the world’s view. But whether young or old, they overcome and accomplished the miraculous. You can, too, if you’ll only believe!