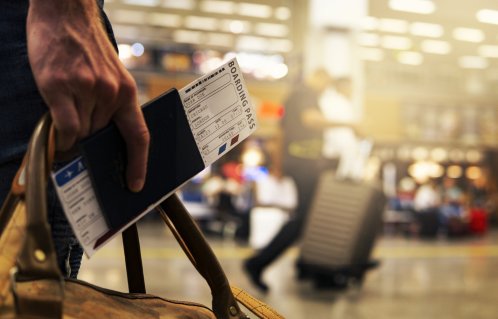 I’m a planner. I’m comfortable with spontaneity, but only if there’s no chance of disaster if something doesn’t go well! I’m most comfortable with thinking ahead and creating a plan so everyone knows what they’re doing when. I enjoy making a list of things to do, checking them off, and seeing everything fall into place.

God is a planner, too. In fact, He planned the greatest act in history—Jesus’s crucifixion—when He created the world. He even planned our existence and calling before Creation (Ephesians 1:4-5; Jeremiah 1:5)!

All inhabitants of the earth will worship the beast—all whose names have not been written in the Lamb’s book of life, the Lamb who was slain from the creation of the world (Revelation 13:8, NIV).

There’s a time to be spontaneous. But there are times in our lives that God wants us to plan, even if it doesn’t seem like it makes any sense to our natural senses.

We see an example of this in Exodus when God made a promise of deliverance to His people. He told them what He was going to do to ensure their deliverance, then gave them instructions to prepare for it. First was the preparation and consumption of the Passover Lamb, an Old Testament foretelling of Jesus. Then He gave them instructions on how to prepare their wardrobe so they would be ready to exit when the time came.

This is how you are to eat it: with your cloak tucked into your belt, your sandals on your feet and your staff in your hand. Eat it in haste; it is the Lord’s Passover (Exodus 12:11).

You may desire an exodus from a certain season in your life. Maybe you’ve been a slave to sickness or an empty bank account. Maybe you have a dream that God put in your heart that seems impossible. Whatever the case, one of God’s steps toward “deliverance” is preparing for what you’ve prayed for or desired.

You see, faith without works is dead. If we genuinely believe (have faith) God has heard our prayer and has a future full of hope for us, we will act on that belief. Otherwise, we are only just wishing for something we’re not confident will happen.

What is the benefit, my fellow believers, if someone claims to have faith but has no [good] works [as evidence]? Can that [kind of] faith save him? [No, a mere claim of faith is not sufficient—genuine faith produces good works.] If a brother or sister is without [adequate] clothing and lacks [enough] food for each day, and one of you says to them, “Go in peace [with my blessing], [keep] warm and feed yourselves,” but he does not give them the necessities for the body, what good does that do? So too, faith, if it does not have works [to back it up], is by itself dead [inoperative and ineffective] (James 2:14-17, AMPC).

The children of Israel trusted God and His promises enough to obey what God said. They believed their exodus would happen, even though they were still slaves. They still lived in the same dirty home with the same hard labor scheduled the next day. But in preparation for what they believed to be true, they put on their cloak and sandals, ready for travel.

The Bible makes it clear that people who receive from God are those who believe and don’t doubt. That confidence doesn’t sit dormant inside their hearts. Action follows. We might think there was something wrong with a farmer if he called himself a farmer but never went out into his field and planted seed. We’d really be concerned if one of our friends announced they were an employee at the mall yet never got off the couch to work for a paycheck.

Years ago, I was experiencing symptoms that left me physically weak and sensitive to heat. As staff at my church, I was asked to help at your church’s kid’s camp. It required leading a group of children from one activity to the next, sometimes out in the summer heat. Before the camp began, I helped deliver food to houses where camp staff would be staying. Even when doing this I felt very weak. As I sat in the van’s driver’s seat, I asked God how I was going to be able to endure the following week’s activities. He spoke to my heart clearly, “Move forward confidently, doubting nothing.” I took Him at His Word and entered the camp week, trusting that He would give me the strength I needed. Sure enough, I ran and jumped with the twelve children assigned to me—in the heat—with no negative symptoms. I even housed teenage girls at my trailer, which included late nights. If I had not “moved forward confidently, doubting nothing,” I am confident I would have not had the strength and health God had promised. God required me to act on what He said to see His promise fulfilled.

Often, people decide for themselves what their faith action should be. True faith, however, always acts on a Word from God, not on an assumption. Nor does it copy someone else’s faith action. Just because someone runs a marathon while ill doesn’t mean we should. Just because someone gives away all their money to gain a financial harvest for their financial need, doesn’t mean we should do the same. Our faith must be genuine—from our own hearts and from our own word from God. Otherwise, it’s fake, or pretend faith, which could cost us your freedom (2 Timothy 1:5). Whatever He tells us to do, we should do it (John 2:5). That’s what confirms our exodus!

2 thoughts on “Plan for Your Exodus”