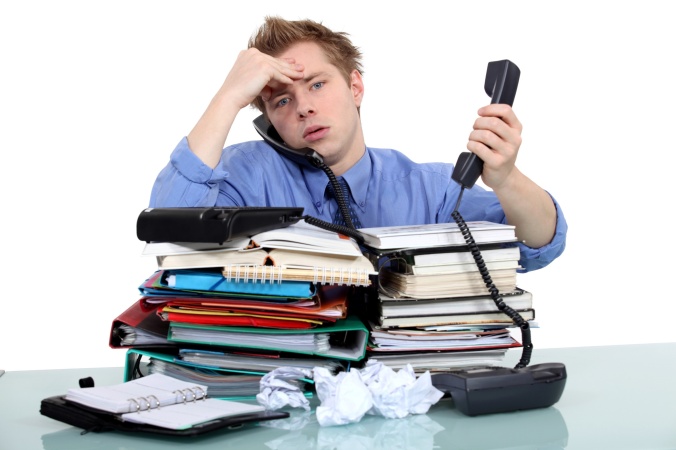 Our world addicted to busy.  We live constantly on the go, flying here and flying there to accomplish a self-imposed to-do list. In the process, unfortunately, we put attending sports games over church attendance.  We place vacation spending above tithing.  We spend our time listening to the news rather than reading our Bibles.  We give more attention to our latest hobby than serving in our church and community.  We forego our prayer time to spend more time at the office.  Even house work and parenting (my personal challenge!) can take the place of spending time with Jesus.

While “doing things” and “making money” can all produce good results, when put in the wrong order of life’s priorities, it can lead to putting Jesus second . . . or very last.   This grieves the heart of God as He has spent all His time and energy on us.

One of the most well-known examples of “too busy” is the story of Mary and Martha found in Luke 10:38-42:

Now it happened as they went that He entered a certain village; and a certain woman named Martha welcomed Him into her house. And she had a sister called Mary, who also sat at Jesus’ feet and heard His word.  But Martha was distracted with much serving, and she approached Him and said, “Lord, do You not care that my sister has left me to serve alone? Therefore tell her to help me.” And Jesus answered and said to her, “Martha, Martha, you are worried and troubled about many things.  But one thing is needed, and Mary has chosen that good part, which will not be taken away from her.”

Hospitality is a godly character trait.  We are all called to serve others in many ways.  But Martha suffered from something our culture knows very well: over-working while leaving out what’s most important.  Jesus, however, stressed that all her scurrying about wasn’t the greatest priority, as much of a good deed serving was.  It was time with Him that held the most value.  Martha didn’t understand that the “good part” of having Jesus in her home wasn’t what she could do for Him, but what she could do with Him.

Another example of misplaced priorities is found in Luke 9:59-62:

Then He said to another, “Follow Me.” But he said, “Lord, let me first go and bury my father.”  Jesus said to him, “Let the dead bury their own dead, but you go and preach the kingdom of God.” And another also said, “Lord, I will follow You, but let me first go and bid them farewell who are at my house.” But Jesus said to him, “No one, having put his hand to the plow, and looking back, is fit for the kingdom of God.”

Again, Jesus is not opposed to honoring our deceased family.  This potential disciple, however, wanted to fulfill his obligations before following Jesus. He hesitated, or “looked back.”  His priority was a good deed, not a relationship. He desired to put something first before Jesus.

Nothing these two people were doing was wrong.  Their error was that they were putting everything but Jesus first.  They were more concerned with the temporary needs of the present to see and act on what was the highest priority.

An example of putting possessions first is found in Matthew 19:16-22:

Now behold, one came and said to Him, “Good Teacher, what good thing shall I do that I may have eternal life?”  So He said to him, “Why do you call Me good? No one is good but One, that is, God.  But if you want to enter into life, keep the commandments.” He said to Him, “Which ones?” Jesus said, “‘You shall not murder,’ ‘You shall not commit adultery,’ ‘You shall not steal,’ ‘You shall not bear false witness,’ ‘Honor your father and your mother,’  and, ‘You shall love your neighbor as yourself.’ ” The young man said to Him, “All these things I have kept from my youth. What do I still lack?” Jesus said to him, “If you want to be perfect, go, sell what you have and give to the poor, and you will have treasure in heaven; and come, follow Me.” But when the young man heard that saying, he went away sorrowful, for he had great possessions.

Once again, having wealth and many possessions is not wrong.  One of God’s desires is that we prosper for the sake of the Gospel (3 John 2, 2 Corinthians 9:8). However, the heart of this man’s priorities was greed.  He loved his possessions more than he loved Jesus.  Those “things” possessed him more than he possessed them.

When we look at the priority choices in these stories, the repetitive motivation for their error was a focus on “me.”  It seemed like Martha’s priority was focused on others, when it was focused what she thought was most important at the time. The man wishing to bury his father still had his focus on his own personal concerns.  The rich young ruler was obviously focused on pleasuring himself with money.

Sometimes we prioritize based on worry because we don’t think we’ll succeed, or selfishness because we want our way first. Even worry is an indication that our priority is in the situation, not in a Person.  The focus is still on ourselves because we’re concerned about what will happen to us if something doesn’t go as it should.  We may think we’ve got the proper order of priorities, when the first Priority we have has been choked out by the “cares of life”, “deceitfulness of riches,” and the “lust for other things” (Mark 4:15-19).