Our church in Dumas, Texas (town of 15,000 or so people) has held a free week-long kids camp for the past 10 years. SuperKids Camp requires over a hundred staff members from the community to accomplish!  Each year we pray for more and more children to attend . . . and this year we reached our goal! It was our greatest year so far with 147 staff members, and a total of 663 children in attendance!  Praise God!  All five days were filled with silly games, extreme sports, story time, music, and arts and crafts.  Greatest of all is our Super Church in the middle of the day.  The children are presented with the Gospel child-style.  This year they walked away with an understanding of how they can join God’s Army and be strong and courageous!  We are so gratefully for the opportunity to be used in the Last Days for the kingdom of God!  Never underestimate what a single person, a small town, or even a child can accomplish! 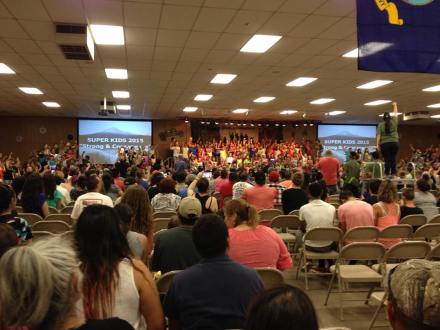 Awards night was packed with parents, friends, and relatives!  They heard the clear message of the Gospel, received Jesus as Lord, and received prayer!  Such an anointed evening – the best we’ve ever had.  We had an army theme, and recognized veterans and current military men and women.  A former sergeant (a Christian man) spoke of his fight in Afghanistan where he lost his leg due to a road-side bomb.  Representatives from the army and marines were also present with information. 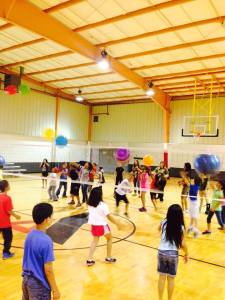 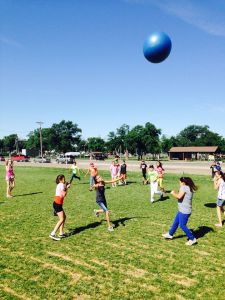 Fun games of all kinds – five days in a row!

We were in the newspaper for the first time in ten years!  Thank God for favor!

Super Church every day with contests and illustrated sermons! 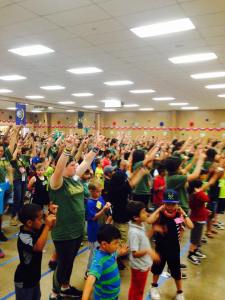 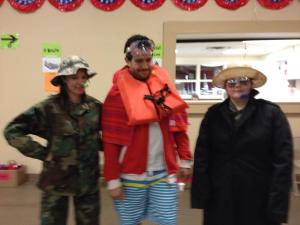 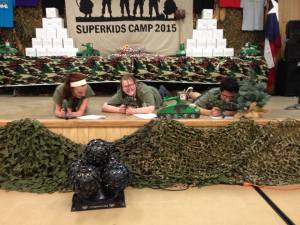 Along with performing administrative duties, I wrote the skit for Super Church: “The Lord’s Army”.  Here are the three main characters: Jessica, Howard, and Gracie (obviously a little goofy at times!).  They learned how to join God’s army, to be unashamed of their role, to use their authority, to never give up, and to receive their reward in the end (they were promoted to Corporals!).  (More videos and pics on SuperKids Camp Facebook if you want to see more.)

So…what’s our summer supposed to look this summer?  Are we going to simply focus on our entertainment and rest, or are we going to rise up and use these warm days as an opportunity to promote the Kingdom of God?  Let’s make it count!