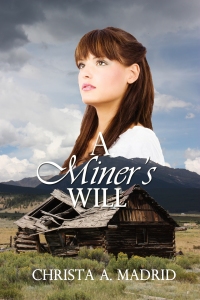 I have just posted my latest historical fiction novel on Amazon Kindle!  Take a peak!

Plot: Faye Morrison knew what it was like to be a missionary’s daughter.  She had lived in Brazil as a child, following her parents’ footsteps as they reached out to the desitute of the Brazilian jungles.  But as hardship forced her move back to the Colorado Rockies, her faith was challenged.  Slowly her missions background began to fade into oblivion.  The false pleasure enjoyed by her friends soon lured her away from the call of her youth.  Enamored by the lifestyle of glamorous selfishness, Faye found herself running from her God.  Recognizing her plight, her family – including her dear Uncle Otis – make effort to draw her back to the fold.  Will the love that called her home be enough to rescue her before her faith is gone forever?